Professor Baran’s transformative contributions and accomplishments in the field of organic synthesis center on the complexity of the synthetic challenges he addresses, the innovative solutions he develops, the speed at which he successfully accomplishes these transformations, and the industry-wide applicability of his approach and mindset.

With the development of a unique set of synthetic strategies and novel methods in the areas of iron, copper and nickel catalysis, C-H oxidation and activation, fluoralkylation, and electrochemistry, Professor Baran has achieved the total synthesis of a large number of structurally complex and biologically active natural products. His advances are leading to new “atom economy” methodologies that are paving the way to efficiently synthesize and diversify molecules – and ultimately to the identification of novel chemical space and the opportunity to explore new small molecule targets.

BIOGRAPHY: Phil S. Baran was born in 1977 in Denville, New Jersey. At the age of 19 with three years at New York University, Phil received as BS degree in Chemistry with Honors, having progressed through his education at an accelerated pace and with a remarkable six publications. He received his PhD from The Scripps Research Institute in 2001 as an NSF Fellow in a record four years with an astonishing 31 publications. From 2001 - 2003, he was an NIH-postdoctoral fellow at Harvard.

His professional career began at Scripps in the summer of 2003, and he became Professor of Chemistry in 2008. He currently holds the Darlene Shiley Chair in Chemistry at The Scripps Research Institute.

Phil has published more than 222 scientific articles and has been the recipient of several American Chemical Society awards such as the Corey (2015), Pure Chemistry (2010), Fresenius (2006), and Nobel Laureate Signature (2003). He has also received several international distinctions such as the Hirata Gold Medal and Mukaiyama Prize (Japan, 2014), the RSC award in Synthesis (UK, 2013), and the Sackler Prize (Israel). In 2013, he was named a MacArthur Foundation Fellow, in 2015 he was elected to the American Academy of Arts and Sciences, in 2016 he was awarded the Blavatnik National Award, and most recently, in 2017, he was elected to the National Academy of Sciences, USA, and received the Inhoffen Medal in 2019.

He has delivered hundreds of lectures around the world and consults for numerous companies such as Bristol-Myers Squibb (since late 2005), Boehringer-Ingelheim, AstraZeneca, DuPont and TEVA, and is a scientific advisory board member for Eisai, Abide, and AsymChem. In 2016 he was appointed Associate Editor for the Journal of the American Chemical Society. He co-founded Sirenas Marine Discovery (2012) and Vividion Therapeutics (2016) and in 2013, he co- authored The Portable Chemist’s Consultant, an interactive book published on the iBooks store along with his graduate class in Heterocyclic Chemistry (viewable for free by anyone on iTunes University).

Outside of the lab, Phil enjoys spending time with his wife Ana and three young children – Lucia, Leah, and Manuel. 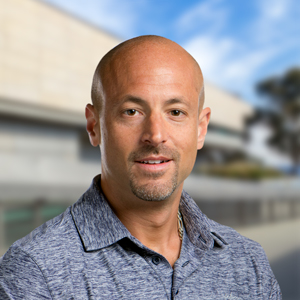 It is deeply humbling to be recognized with this honor.

Paul Janssen’s contributions improved the lives of so many through chemistry, which is an aspirational goal for everyone that engages in synthesis.